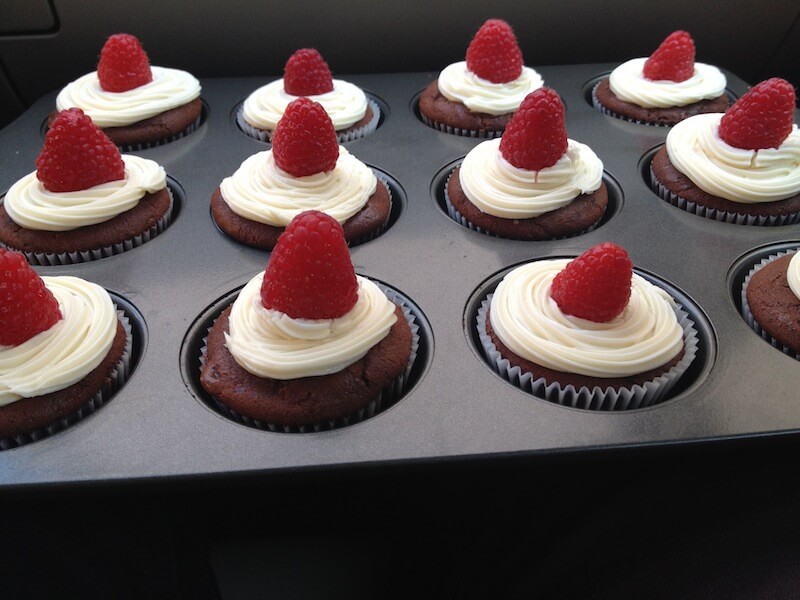 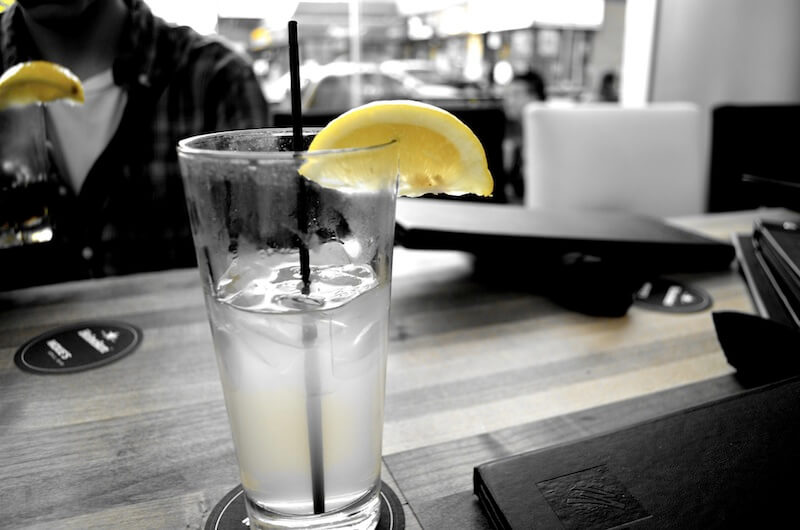 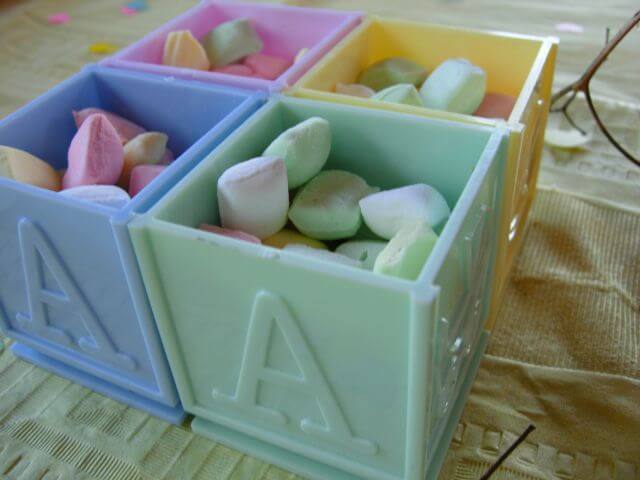 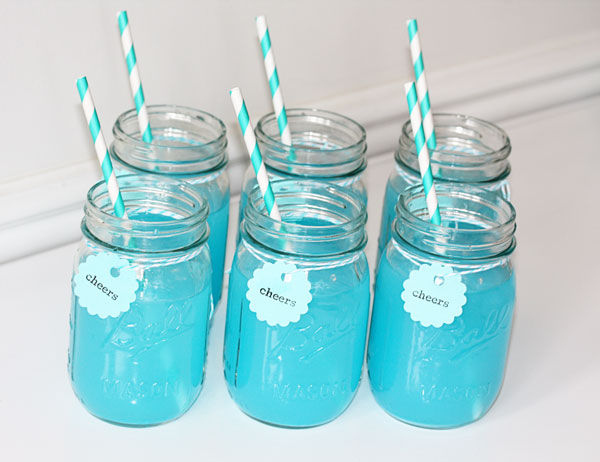 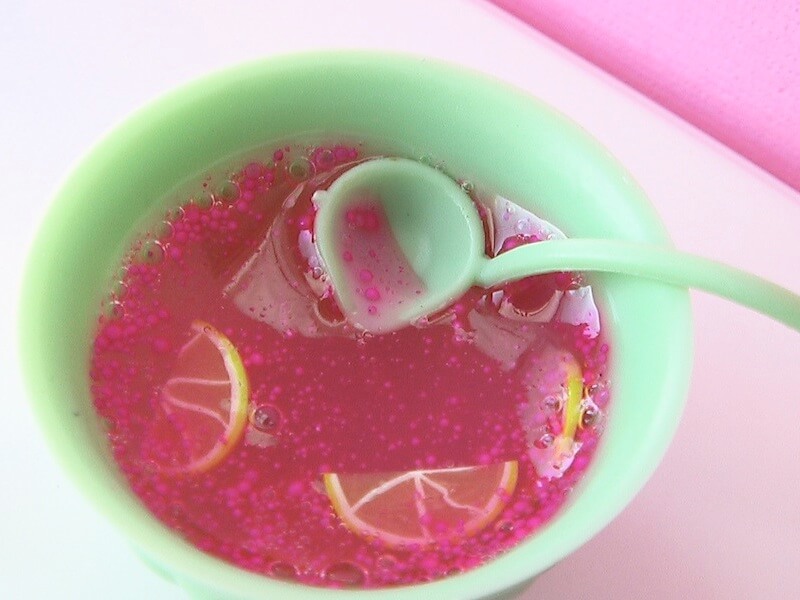 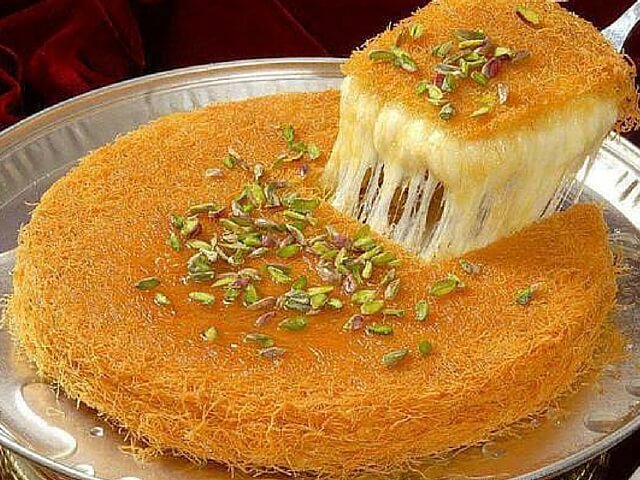 A Brief History Of Kunafa

Kunafa is a well-known Arabic dessert. It is a syrup soaked cheese pastry. Some say it dates back to the Ottoman Empire, others say its origin is from Turkey, Palestine, Egypt, or Greece ( see the editor’s note below ). Well, whatever it’s true origin, it is a favorite of many regions. Most languages in the Mediterranean and Middle East have a name for this dessert whether that be Kanafeh, Kanafe, Knafeh, Knafe, Kunafa, or Kunafah. Traditionally made from extra thin noodles of semolina flour, the Katafi we use in the recipe is a shredded phyllo dough that crisps up well and drinks in the heavy syrup much like a baklava. 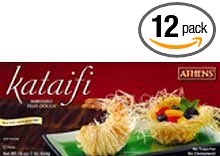 Kunafa is basically the same thing as Knafeh, which is a Lebanese Cheesecake. Both have a ricotta and katafi base with nuts and spices. Both use floral water for flavoring. Some persons do not like the taste of floral things like rose and lavender. If this is the case, please, by all means, leave them out. They are subtle and lovely, but you know what you like so go with it.

Kunafa is traditionally served all year round, legend has it that it was created in Egypt hundreds of years ago to keep the people full while fasting during the religious observance. Again, do we know the true origin? No, those may be fighting words for some, but there we are. 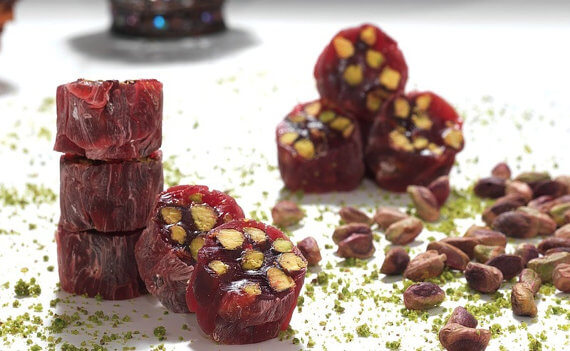 I like my Kunafa after a simple meal of Koobideh or Ghormeh Sabzi. Serve the Kunafa alongside a hot beverage and a few more nuts for cracking. It is best when served with vanilla ice cream or Turkish cream.

Making kunafa is fun. First-timers will have a hard time bringing together the ingredients. So I recommend the below ready-made Kunafa by Seyidoglu company. All you need to do is to drizzle sugar syrup on it after baking it. Seyidoglu is one of the most popular traditional Turkish dessert producer, and I was surprised to see they have an office in the U.S. 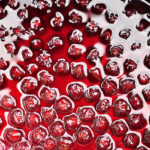 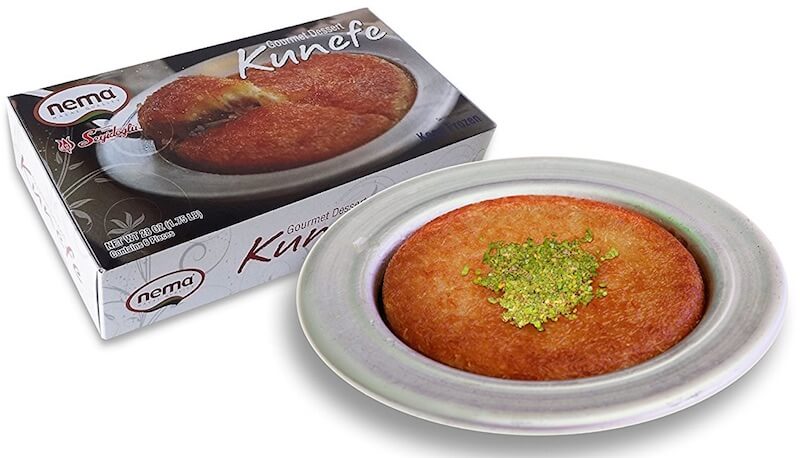 Editor’s Note: Kunafa and Knafeh are both the same dessert. The difference arises from the spelling in the western world. Kunafa is a better pronunciation. Although it has minor differences for the ingredients, the cooking instructions are almost identical. Kunafa ( pronounced Kunefe and also “katafi” is pronounced “kadayif” in Turkey ) is cooked in Turkey, Syria, Lebanon, Iraq and some other neighboring countries traditionally. Greece has adopted Kunafa and Baklava from Turkey. It is actually not an Arab dessert either, but indeed a Mesopotamian dessert dating back several millennia. This does not change the fact that it is best cooked in Turkey today, especially in Antakya region.

For those who are in the mystic world of the Middle East cuisines, I highly recommend the below books. Sultan’s Kitchen was written by a renown local chef in Turkey and Sahtein is by Detroit Arab Women Union. Both are interesting reads and full of unique recipes you will definitely love. 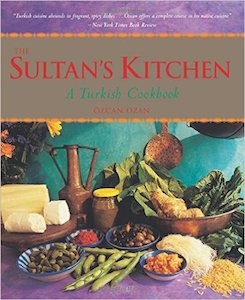 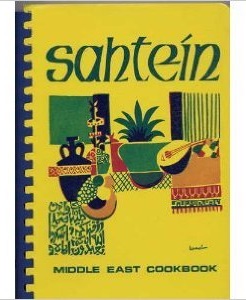 © 2023 All materials including recipes are copyrighted materials of Maggwire. Please do not use without a written consent.
https://www.maggwire.com/kunafa-recipe/